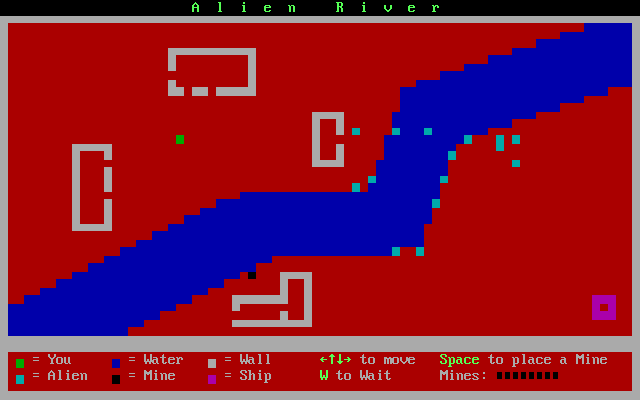 DOWNLOAD THE GAME FREE
DOSBOX_CANNON.ZIP - 1,314k - Run CFODDER.EXE to play
Downloading ...
Found your game? Great! Glad you found it! Please consider saying thanks by making a small donation to support DOSGames.com. There are also other ways you can help!
Need help running the game? Check our DOSBox Guide to run DOS games on modern computers.

$Buy the full version of Cannon Fodder at GOG.com

Original archive (1cf2.zip, 1,313k) - The main download file above (DOSBOX_CANNON.ZIP) is pre-configured to work DOSBox. This file, 1cf2.zip, is the original and may require installation / setup.

DOSGames.com Review:  Rating: 4
Cannon Fodder is an action-oriented strategy game where you control a team of up to six soldiers on various missions. Use the mouse to move your team and fight your enemies on the way to completing your objectives. The game has decent graphics, although since it's a Sensible Software title the characters are rendered as tiny sprites on the screen! While not as in-depths as most strategy titles or as action-packed as many of the best action games, Cannon Fodder's hybrid gameplay landed it as one of the "1001 Video Games You Must Play Before You Die" book. The full game has 72 levels of combat, although this version is the "shareware" version (re)published by MVP Software has significantly less.

If you enjoy Cannon Fodder, you might also enjoy playing these games: 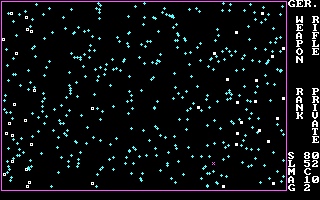 Cannon Fodder, #871. Added to website: 2019-04-30. All copyrights, trademarks, etc, are property of their respective holders.
Back to top
Rating:
Saving
Saving, please wait
What is a file_id.diz file?
FILE_ID.DIZ is a plain text file containing a brief description of the content in an archive (ZIP file), usually written by the developers themselves. It was often used in archives distributed through bulletin board systems (BBS).
Cannon Fodder screenshot